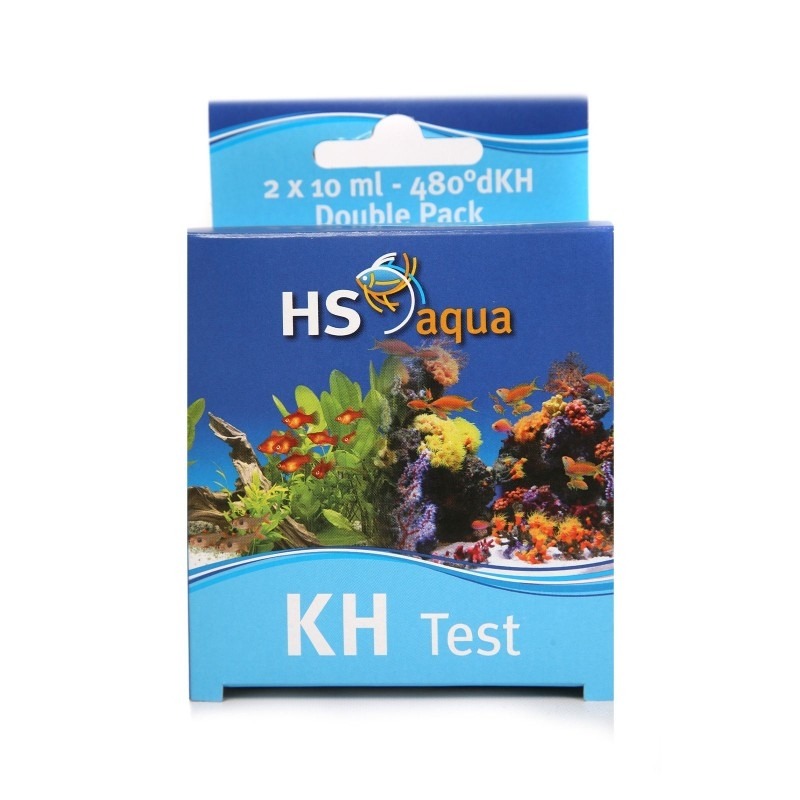 Bicarbonates (KH) buffer the water against pH changes. Due to biological processes in the water, the KH value and the pH value can change over time. Since all aquarium and pond inhabitants react very sensitively to changes in the pH value, regular monitoring of the stabilizing KH value is also necessary.

What is the KH value?

The KH value is by definition the amount of carbonates and bicarbonates that are bound to calcium and magnesium. Calcium and magnesium together form the total hardness or GH value. Since other carbonates may also be present in the water, the measurement of the KH value may be higher than the GH value. That is why the term 'acid-binding capacity' (ZBV value) is often used in the new literature. This value indicates how much acid can be formed in the water before all carbonates are consumed. The KH value can easily be converted to the ZVB value by multiplying the KH value by 2.8.

The optimal values depend on the type of aquarium; For a community aquarium, a KH between 3 KH and 5 ºKH is ideal. To keep an aquarium with a low pH value for fish, for example from soft and acidic water, the KH value should be approx. 2 ºKH – 3 ºKH. Aquariums with fish from Lake Malawi or Tanganjika should have a higher KH value, >7 ºKH. In natural seawater the KH value is around 8 °KH. We recommend using slightly higher values (10°KH to 12°KH) in saltwater aquariums. Stable pond water is obtained at KH values between 5°KH and 10°KH.

Adjusting the KH value
A reduction in the KH value is relatively easy to achieve. Adding pH-lowering preparations such as HS aqua pH/KH Minus or HS aqua Oak Extract results in the KH value also falling.
You can increase the KH value by adding HS aqua KH Plus. Calcareous decoration and filter materials can also stabilize the KH value.


This test reliably and accurately measures the KH value in ponds, freshwater and saltwater aquariums