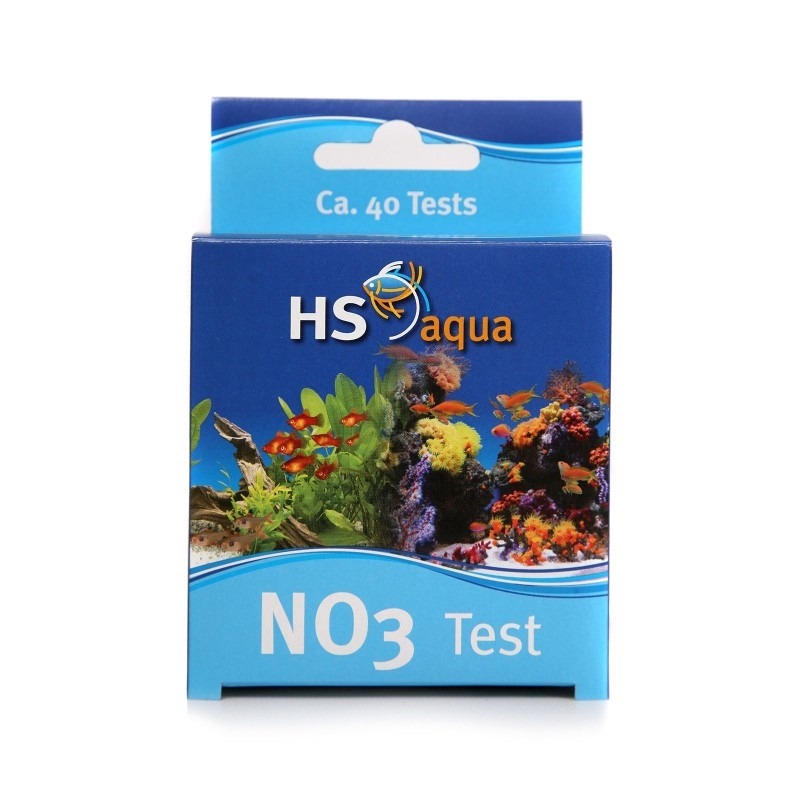 Food remains, fish faeces and other organic waste in the aquarium or pond are processed by bacteria in several steps. An end product of this breakdown is nitrate. Unlike the first degradation products (ammonium and nitrite), nitrate is harmless to the fish even in larger quantities. In addition, nitrate is a nutrient for aquatic plants and algae, so that with large amounts of nitrate, there is a great chance of excessive growth of green algae. Nitrate becomes dangerous if there is a lack of oxygen in the water. In these cases, the nitrate can release oxygen and react again to toxic nitrite. Large amounts of nitrite can therefore be formed with large amounts of nitrate (> 50 mg/l).

How can the nitrate be removed from the water?
The easiest way to remove nitrate is to change the water. Partially removing the water from the aquarium or pond also removes part of the nitrate. By adding evaporated water, however, only a dilution of the nitrate is achieved. Under low-oxygen conditions, anaerobic bacteria are able to break down the nitrate into nitrogen gas. This process takes place in the soil layer or in special filter materials (HS aqua Bacto Stones and HS aqua Bacto Rings). HS aqua Denibac contains these anaerobic bacteria that promote this process.
The last way to remove nitrate is to filter the water over synthetic resins that adsorb the nitrate. During the regeneration of the synthetic resin, the nitrate is exchanged for salt. HS aqua Balance NO3 minus is one of these nitrate resins