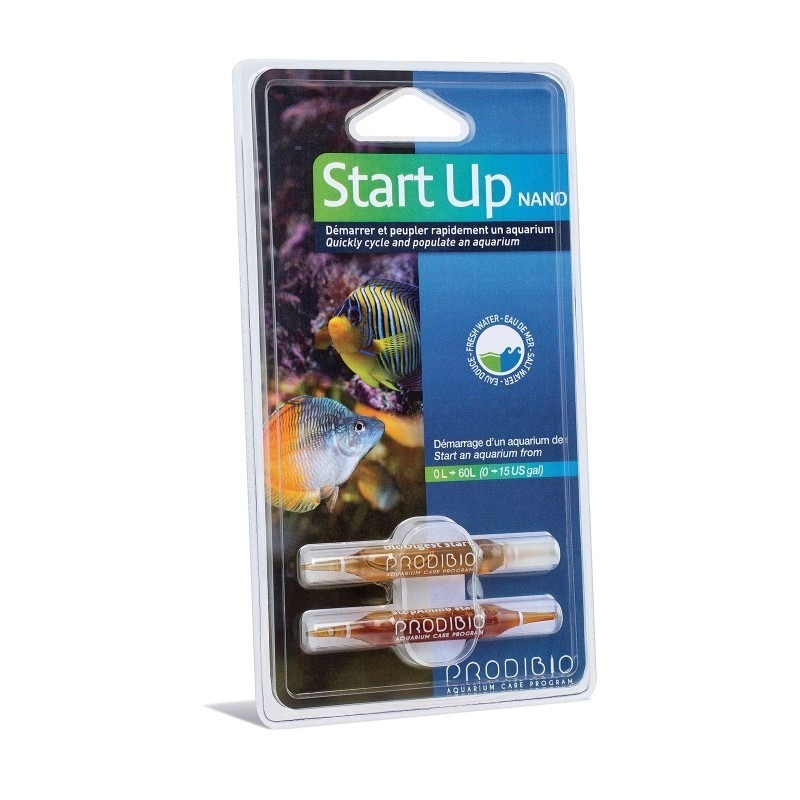 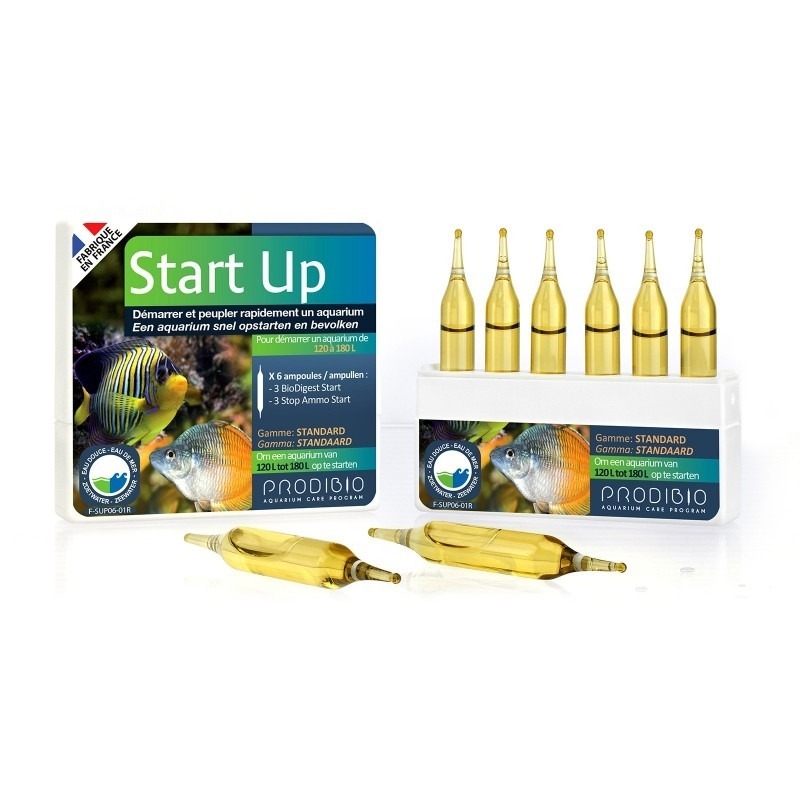 €5.35
€2.68 / Pcs.
Tax included
from €5.35
Start up combines Stop Ammo and BioDigest start in 1 package. With this pack, biological filtration is initiated and fish can be introduced within a few hours.

Start up combines Stop Ammo and BioDigest start in 1 package. With this pack, biological filtration is initiated and fish can be introduced within a few hours.

The plant extracts in Stop Ammo have been carefully selected for their ability to bind ammonia nitrogen. The formation of nitrite in a starting aquarium is drastically reduced with the use of Stop Ammo. BioDigest start is composed of nitrifying, nitrate-reducing and facultative bacterial cultures. These have been selected for their ability to initiate the nitrogen cycle in the aquarium, converting ammonia to nitrite, nitrite to nitrate and nitrates to nitrogen. The mix of bacteria (50 billion in each 1ml) work together to follow up and finish each other's work.


Prodibio Start Up, quickly add your fish in a new aquarium

Biodigest_Start:
- composed of living bacterial strains
- aquarium cleaning by waste conversion is aided by the presence of numerous different strains of heterotrophic bacteria
- nitrates and phosphates are reduced
- allows to purify water effectively
- prevents the spread of thread algae
- converts ammonia into nitrites - nitrites into nitrates - and - nitrates into nitrogen

Stop_Ammo_Start:
- captures and stops ammonia
- reduces nitrite production
- prevents the fish from being stressed or killed

When should Prodibio Start Up be used?

When you start a freshwater or saltwater aquarium
Start Up allows you to quickly get 1/3 of your fish swimming in your new aquarium:
- after 4 hours in fresh water
- after 12 hours in seawater

How to use StartUp?