ADA Start with A: Aquarium maintenance

The substrate of a Nature Aquarium is rich in nitrogen and organic nutrients. These substances are eventually converted into the substrate bacteria, to a form used by aquarium plants. However, in a fresh booted aquarium, a large part of this excess available nitrogen cannot be directly converted, because beneficial bacteria are not yet in a sufficient degree. Problems can occur where the water clouded and discoloured can become. To the substances that cause them to delete it, will the water in the first week, daily for about a third refreshed. In the second week every two days and so forward. After a month the water weekly to be refreshed with approximately one third part of fresh water. Upon the occurrence of a algenexplosie will be a waterwissel directly exchanged.

Frequency of waterwissel decreases to the extent the water quality stabilizes.

The removal of Chlorine residue in tap water

Tap water contains remnants of chlorine that is harmful to living beings. In addition to the use of a water purifier as it is AFTER water can the chlorine residue be simple and harmless are made with Aqua Conditioner ADA Chlor-Off. The water is used as fresh water needs to approximately 25 ºC. Mix ADA Chlor-Off to the existing chlorine harmless before the water in the aquarium to add. 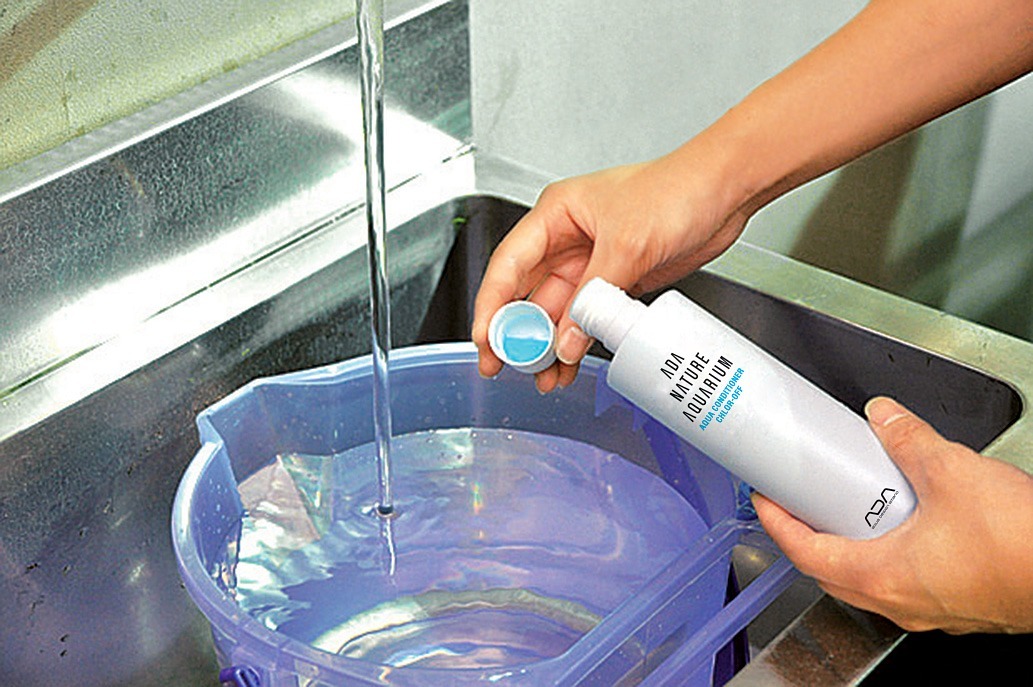 Algae in the aquarium to grow are the biggest enemy for the beautiful appearance of the aquascape. Because there is a limit to what can be manually removed, it is a very good idea to keep animals that feed on algae. Caridina japonica is a well-known algeneter. This shrimp eats all the algae and in large numbers also the vegetation damage. It is therefore recommended that 5-10 shrimp in the aquarium to release and the conditions in the aquarium to keep an eye on. In addition to adding the shrimp may also include other algae-eating fish are used, such as Otocinclus sp. and Siamese siamensis to the algae to fight.

The removal of algae from glass or stone

As time passes the glass panes of the aquarium bealgen, how well the aquarium is also maintained. This problem can be easily solved with the ADA Pro Razor, followed by a waterwissel. In an aquarium what is all the longer it runs, it is possible that there baardalgen grow on stones. This type of algae can be combated with the help of Siamese siamensis. Stubborn algae can also be effectively removed with the help of ADA Pro Picker and the remnants let it eat away by Siamese siamensis.

Effective use of Phyton Git

ADA Phyton Git contains a disinfectant that assists in the prevention of Varenziekte and is also useful for removing algae in the aquarium. ADA Phyton Git is an algicide, effective against Baardalg that grows on stones, driftwood or hard Anubias leaves. Let the level of the water bags to the affected areas to the air to expose. Apply a mixture of half ADA Phyton Git and half of water on the algae with a brush. Algae will bleach and die off in a short period of time.

The hobby of the Nature Aquarium to aquarium plant to grow and aquascape to create and maintain for a longer period of time. To of this hobby to enjoy, it is crucial to focus on the maintenance of the tank, including water changes, algae removal and pruning aquarium plants. This section explains the main priorities for the maintenance of an aquarium.

When stengelplanten not be pruned, they will go and overhangs along the surface of the water and the aquarium there is messy. In addition, blocks these overhanging vegetation, the light and the stems become weak at the bottom. Order aquarium plants in good condition, it is important for the plants to prune before the buds the surface of the water threaten to become. The first prune should be as low as possible. At the second prune is the line a little higher, and so on. This will encourage a dense branching of the stems with a dense bladmassa and will ultimately result in a dense root ball with stengelplanten.

Voorgrondplanten such as Glossostigma multiply rapidly by means of suckers. After a period of time becomes the low dense with branches and leaves on top of each other be stacked. Dense voorgrondbeplanting should be regularly pruned by the cut of the top layer without the bottom layer to erode. A pair of scissors such as ADA Trimming Scissors short (curve type) is perfect for the pruning of Voorgrondplanten. 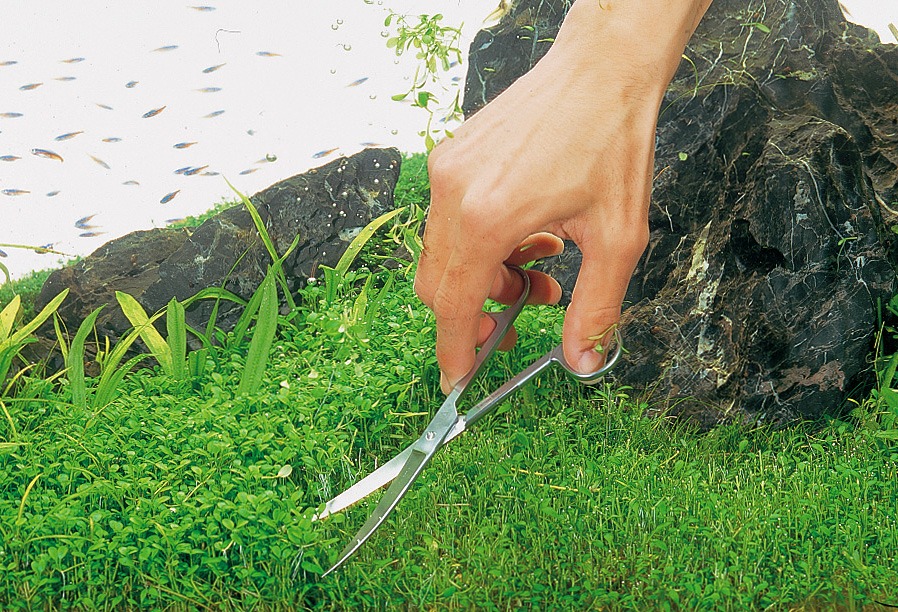