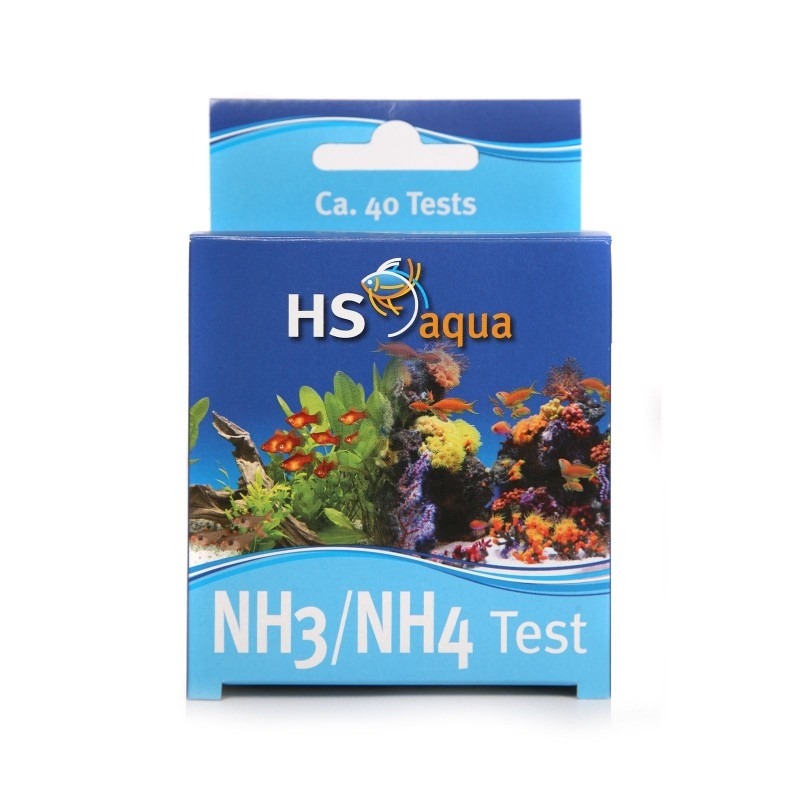 Ammonia or ammonium is released during the bacterial decomposition of organic, nitrogen-containing, substances such as food waste or the faeces of fish. Which of the two substances is formed depends on the pH value of the water. Ammonium in acid to neutral water is less toxic than the highly toxic ammonia in alkaline water. Both substances are further broken down into nitrite and then into nitrate by beneficial bacteria as part of the nitrogen cycle. In a well-functioning aquarium, the ammonium/ammonia value should be below 0.25 mg/l.
This test reliably and accurately measures the ammonium and ammonia value in
freshwater, saltwater aquariums and ponds